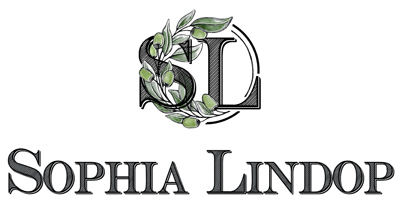 Sophia has published 8 cookbooks to date. Her journey began in 2014 when she photographed and published her first book, Season’s Bounty. This book takes the reader through the four seasons and what is available in each, and also introduces them to new and exciting ideas on how to make use of everyday vegetables and fruit.

She then published four books in a series called Flavours & Traditions. The first was about the food history and traditional recipes of Cape Town, the next expanding the narrative into the greater South Africa. After that came one focused on the South African culture of cooking on an open fire, titled Braai & Potjie; and the last followed the story of Spices, that are woven into the rich tapestry of our local cuisine, and of the route they followed to get to our shores. This series is aimed at and succeeded admirably in promoting South Africa as an international food destination.

During lockdown in 2020, she launched her heart project called Going Home. This book tells the story about her father’s death and her decision to go home to Lebanon to find his, and ultimately her own, roots. It is a beautiful odyssey filled with photographs captured in Lebanon and stories and recipes from the kitchens of the women in her family, and of the new friends she made in the country of her forefathers.

New to this list are eCookbooks, A Handful of Earth and At my Wheat’s End bringing Sophia to your kitchen wherever you are in the world.

A Handful of Earth – a plant-based book that was inspired by an urge she had during lockdown to return to her farming roots and get her hands dirty. She found an allotment not far from her home, a safe space where she could go, free of a mask, to dig in the soil and tend her vegetables. The bounty that comes from this tiny plot of land has inspired her to write this book. It is now finally here for you to download and use.

At my Wheat’s End – a gluten-free book inspired by her own journey into the world of gluten intolerance. Some years ago she developed a severe intolerance to gluten and at first felt deprived. And so began a journey that led her to the realization that the prospect of creating deliciousness while avoiding gluten contained a far greater range of possibilities than she had ever imagined. Finally, here for you to download and enjoy.

Buy Both eCookbooks for only R250

Cookbook author Sophia Lindop learnt to cook by watching her Lebanese grandmother and Afrikaans Ouma. She grew up on an irrigation farm near a small village called Douglas, in the Northern Cape Province of South Africa. After writing five successful cookbooks, Sophia started delving into her Lebanese background. Sophia now lives in Cape Town, where she runs Lebanese cooking classes.
Learn more >

© 2021 Sophia Lindop. All images and content protected by copyright. All rights reserved